February 20, 2019
Contrary to popular belief, building a business empire is never been easier. Risks and physiological challenges are enough to discourage even the most confident entrepreneur. The real entrepreneurs are those who are constantly running in the race even after facing harsh challenges in their life. One such passionate businessman is Issam Khorani who face several ups and downs in his life and today he is the chairman of the giant Hourani group. 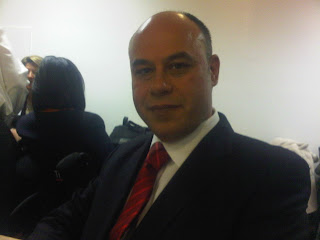 Issam Khorani, also known as Hourani, was born on June 13, 1967, in the well-esteemed and dominant family of Beirut. This multi-millionaire businessman is the eldest among his three siblings- Devincci, Hussam, and Hiam. Once Issam and Devincci visited Kazakhstan to meet his younger brother Hussam, who was earning his master's degree there. Upon his visit, an idea of investing in that country stuck their minds. As the Kazakhstan economy was escalating fast enough which help Hourani to build a big business empire. They are among the chief investors to invest money during that period. He married Gulshat Aliyeva in 1996 and become the father of a beautiful daughter named Ayaa.

In 2014, this passionate businessman was alleged to be involved in the death of Anastasiya Novikova, a Russian TV star who was found dead under mysterious circumstances. However, Khorani sued over the campaigners in the UK High court claiming that they defame his reputation by falsely calling him as a Murder. In 10 days court proceedings, Heather Rogers QC was able to prove that Issam Khoraniwas not involved in any crime and the entire campaign was organized by the Psybersolutions, the company owned and managed by US-based John Michael Waller.

This Super-rich businessman wins £50,000 for libel damages and £30,000 for harassment. Also, the battle is not over yet- the Judge ruled to disclose the Waller's client(s) name.